No, really. It literally is a cookbook.

One of the results of the English Civil War was the rise of cookbooks as a distinct genre. It makes sense if you think about it. You had former servants out of work, one-time nobles stuck in exile and/or broke, and a public nostalgic and eager to see how those nobles lived. As this was an era where “physick” and alchemy weren’t too far apart from each other you’d have a lot of cross over between the two: a recipe for bacon and eggs a few pages away from a recipe for a healing draught. Here’s a few interesting characters that worked early on in writing cookbooks.

Lady Ann Fanshawe: Memoirist. Possible first English language recorder of a recipe for ice cream. Lady Fanshawe wrote her memoir for private circulation as a guide to her son on how to live a proper life and do honor to her late husband and the son’s father. But she also kept a book of receipts and recipes. Amid the food recipes, Lady Fanshawe’s book had recipes for cooking up common remedies to various ailments and tidbits of herblore. It was likely common practice at the time for a noblewoman to pass down such a book full of common wisdom, recipes, and remedies to a daughter upon the occasion of her marriage.

Sir Kenelm Digby*: English Catholic noble, privateer, amateur scientist, and alchemist, Sir Kenelm Digby had a bit of it all going for him. He seemed like a bit of kook too, but that’s okay. He was the guy who suggested we all eat bacon and eggs for breakfast with the “juyce of an Orange”, and suggesting that when cooking venison it should be so well cooked that it can be carved from the bone with a spoon. Sir Digby spent years roaming Europe traveling from court to court and his book reflects that. The Closet of Sir Kenelm Digby Knight Opened was published after his death and has over a hundred recipes for mead. 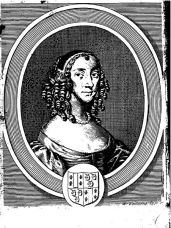 Hannah Wolley: Her mother and sisters were skilled at “physick and chiurgy”, and she learned the trade from them. Her husband was a school teacher, and she herself was a teacher. Her books weren’t simply about cooking, but household management. And like Lady Fanshawe’s book, Wolley’s featured remedies for ailments amid all the recipes. Yet unlike the other two she wasn’t of the nobility, but common (if upper class) birth. Hannah’s likely the first person to make a living writing cookbooks in the English language.

A couple of other things: This article on cookbooks as literature is kind of neat. Especially as it delves into the cookbooks of Dumas who wrote like the Anthony Bourdain of his time.

Also since I’m talking cookbooks I have to mention this youtube series on 18th century cooking that I’m completely hooked on from J. Townsend and Son. I recommend the switchel!

* Not to be confused with Sir Digby Chicken Caesar.