Last month I was hospitalized. This month I became a university professor. What a crazy few weeks it has been. Here are my favorites out of everything I read.

All Systems Red (The Murder Bot Diaries) by Martha Wells: There’s something to be said for having a light touch – or at least knowing how heavy a touch a book requires. Martha Wells knows just how much and what kind of weight to put on this story of an introspective and rogue security robot doing its best to protect its humans from danger. A bit of the fun is how much the robot comes off as an angsty, emotionally over-wrought teenager (with colossal firepower) who doesn’t care and just wants to be left alone to watch TV. 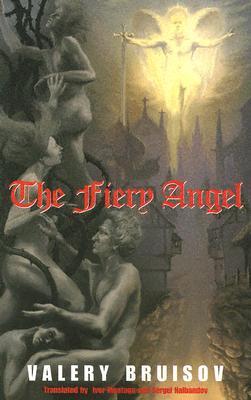 The Fiery Angel by Valery Bryusov: This is an awful cover to a fun novel. Early 20th century Russian Symbolist poet transforms his f’d up love life into a Gothic novel about witchcraft set in 16th century Germany. If you don’t think I’d be all over something like that, umm… welcome to my blog, and that’s the kind of thing I’d be all over like maple syrup on pancakes. I don’t really care that this might not work well as a novel and the protagonist more or less floats from incident to incident; I was on board from the start. If you like the yesterweird, you should definitely check this out. Bryusov wrote some SF that I’ll now be on the look-out for.

Mars Girls by Mary Turzillo: This is a YA adventure novel set on Mars, and I’ll be reviewing it next week as part of the Mars Girls blog tour. I’ll tell you up front though, it’s good. If you want some fun non-dystopian science fiction, check this out.

Polaris by Ben Lehman: OK. Technically this is a role-playing game, but its premise (tragic Arthurian/Dunsanyian apocalypse) is just so rich that I think of it as a novel. The whole ritualization of the game experience and the poetic sensibility the players are expected to bring to the table make this feel to my mind like what I imagine role-playing would be. Not that anyone in my current gaming group would want to run or play it, but yeah… Actually this reminds me of two things: 1) a highly stylized tabletop version of HG Wells’s Floor Games that a psychiatrist might use to get a sullen teen (or murderbot) to work out their issues, 2) the actual tabletop scenes in Mazes & Monsters. 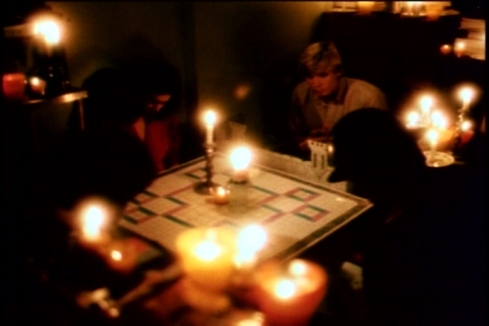 But all that happened long ago, and there are none here who remember it. 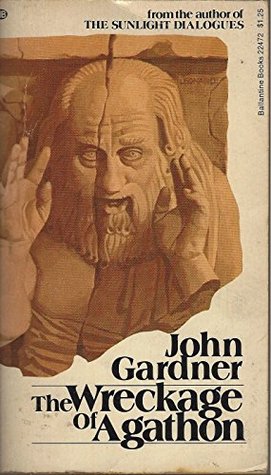 The Wreckage of Agathon by John Gardner: There’s a whole subgenre of lit books about suburban college profs swapping wives and having affairs while they drink themselves to death. Well, The Wreckage of Agathon is that kind of book except set in BCE Sparta during a Helot rebellion. It’s a fun, if at times aggravating trip as it meanders all over the place.  Between this and The Fiery Angel I’m starting to think I might have a thing for autobiography dressed up as a historical novel.

Rosewater by Tade Thomson: I thought this book was a mess, but such an enjoyable and fascinating one that I’m going to blather on about it. In a lot of ways Rosewater is exactly the kind of genre book I want from a small press publisher: a strange mess full of ideas.

The setting is 23rd century Nigeria after the Earth has been visited by extraterrestrial spores that have begun reshaping our habitat to better suit themselves. Kaaro is a former thief turned government agent. He’s also one of the few people made “sensitive” by the alien spores and gifted with a sort of telepathy. While most people see the alien spores as a blessing , Kaaro is less enthusiastic, but when something or someone starts killing off other sensitives Kaaro finds himself getting involved.

On one hand there’s a very cool cyberpunk novel in here as we follow Kaaro’s journey from thief to agent and onward, one made more interesting by the theme of colonization that pushes its way forward in moments. But it’s never didactic and beating you over the head with polemic. It still pitches floating cannibal mutants, weird sex, and weirder fungi at you. Where the problem comes in, in my opinion, is that it’s not simply that there’s too much here, but the order feels off and whenever I felt like I understood the setting and what things were about, Thompson piled on another idea that made everything wobble and tumble down. Not only that, but there were times things felt redundant – like we’d read for pages Kaaro’s journey into the fungi xenosphere, which is kind of like a trippy internet, only to have him come out and log into his 23rd century internet – and I’ll say it, we’re so post-Gibson and Stephenson at this point that describing how people use your super-cool super-futuristic internet is basically eating regurgitated pizza slices from 1997.

So on the other hand, I wish some better editing had happened and reins were tightened just to hone the story down to the essential bits, because those bits are good, very, very good. Anyway, if you’re in the market for some bewildering, but enjoyable near-future weirdness give this a look.

I read a ton this month mainly because I was sick and spent nearly a week lying in bed. 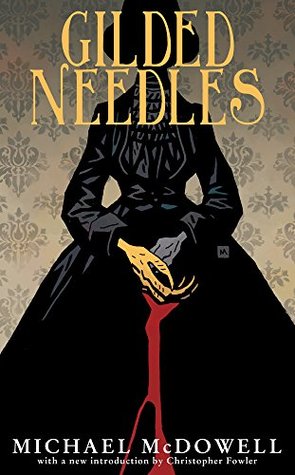 Gilded Needles by Michael McDowell: I sang the praises of Katie when I finished that, and now I sing to you the praises of Gilded Needles. Set in 1880s New York City Gilded Needles is about a pair of families, the criminal and matriarchal Shanks clan that operates out of New York’s infamous Black Triangle, and the wealthy and upright Stallworths, and the feud that develops between them when Judge Stallworth decides to get tough on crime. The fun comes from how much our sensibilities have changed from the Victorian that we can enjoy rooting for the Shanks family as their matriarch goes about her ruthless quest for revenge against the upright (bigoted) Stallworths. Track this down and read it! It’s so much more fun than it has any right to be!

Infomocracy by Malka Older: A near future science fiction political thriller about twenty-first century elections. This book was neat. It presents a world of micro-democracies and the political operatives moving between them. There’s an overarching tech company that’s a bit like Google that controls it all, but the down on the ground stuff comes alive that you can easily imagine what life in this world is like. Definitely neat and interesting to see someone positing a political landscape beyond our own.

The Twenty Days of Turin by Giorgio De Maria: A 1970s “cult” novel from Italy. It’s a quick read, but an unsettling so one. A nameless businessman is obsessed with the “Library” an institution in Turin where people could leave their diaries and journals and access those of others including complete strangers. As more and more of the Library gets flooded by hateful screeds against the defenseless, a plague of insomnia affects the population, until finally a series of brutal murders occurs. This leads to a cover-up and the closing of the Library. Twenty years later, our nameless narrator starts investigating what happened and why. Some see the library as a precursor of the Internet and the book as a commentary on the rise of Fascism in Europe since the 1960s. Whether the book is or isn’t, it’s definitely worth the read. 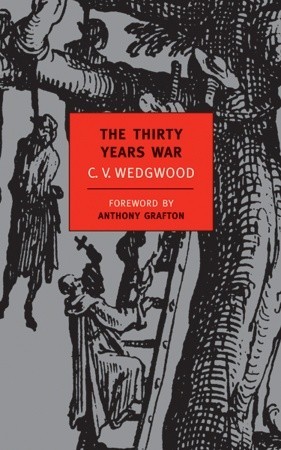 The Thirty Years War by C.V. Wedgwood: What a miserable episode in human history this was. From the opening salvo in Bohemia and the assorted defenestrations to the closing years of the Hapsburgs fighting the Bourbons, it’s a horrible three decades of war, misery, and misguided principals. The best of a generation threw themselves into the war and a later generation came out of it cynical and less dogmatic. In snatches you get glimpses of rulers more afraid of their own armies than their enemies, the plight of towns and cities after years of deprivations, the infuriating machinations of nobles who can meet to negotiate a peace treaty only to spend six months discussing who gets to enter the room first. This isn’t an easy read, but worth it. 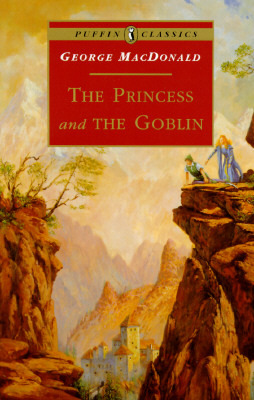 The Princess and the Goblins / The Princess and Curdie by George Macdonald: Princess Irene lives in the mountains where Curdie is a miner. The pair of them discover the goblins are plotting mischief and set about trying to stop it. Later Curdie leaves the mountains to help Princess Irene when her father’s threatened by devious courtiers. These two books were delightful. Yes, there’s some Christian parable getting laid on pretty thick in The Princess and Curdie, but it’s less annoying than in the Narnia books. If you enjoy Tolkien’s The Hobbit and want more of the same definitely track these down. They’re quite fun. 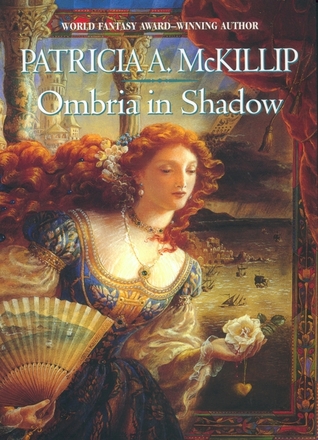 Ombria in Shadow by Patricia McKillip: I’m late to the McKillip party I know, but this was the perfect follow-up to the Macdonald books. Both exhibit the level of world-building I enjoy that’s more linked poetic associations than actual nuts and bolts details about when the giants ruled and magic systems. Ombria’s an ancient city ruled by the Greve family. When the Prince dies, the evil Domina is set-up as regent over the new young prince much to the dismay of the dead prince’s bastard brother and his former mistress. The pair set about doing their best to undermine Domina Pearl and rescuing the young prince from her influence. This is kind of Gormenghast-lite, which I wish there was a lot more of in the world.