The Splendid and Profane Courts of the Abyssal King

The Abyssal King draws champions to his realm with the promise of glory and renown. It is a twisted, broken land, dotted with castles, towers, and ruins, scattered amid craggy peaks and thick, gloomy forests. Only the bravest, most daring, and ruthless can ever hope to win a place at the Abyssal King’s table. Others must wins service with the lesser lords and ladies, or carve a domain for themselves out of the wilderness where fearsome beasts dwell. And beneath it all the Moldrig wait, the cursed dwarfs who once ruled over men, steeped in terrible wisdom. plotting their insane schemes, and working their arcane forges.

Whether by sword or sorcery a knight seeks but one thing: glory.

The book I’ve been reading started to piss me off so I’ve started another, a reread of Fremder by Russell Hoban. The book’s a beautifully lean, but sloppy mess. I love it.

You know how it is when you’re sitting in a bar somewhere dark and quiet just breathing in and out and maintaining neutral buoyancy and a stranger starts talking to you and after a while he brings out of his pocket a letter coming apart at the creases; he brings out this letter to show you that at one time he mattered more than he does now and he tells you the story of his life. At first you wish he’d go away but perhaps you say to yourself, Maybe one day I’ll want somebody to listen to my story. Never mind. My name is Fremder Gorn. Fremder means stranger in German. – Fremder by Russell Hoban

I never really got the hang of adventure design. Some kids I knew made meticulous maps and filled pages with neatly written stat blocks and all that junk. I never quite had the wherewithal to do that, and pretty much did my best getting just winging it (and ripping off the last movie/book/TV show consumed). For awhile this actually worked – but not always. So I did the meticulous design thing, but it wasn’t as fun.

When I started up the Vaults game, I once again tried winging it. The results were mixed. I then designed an adventure or two. But who has the time to do that? So, after a bit of bumping about I’ve honed my skill set down to two methods* that incorporate both design and winging it, and don’t take too long to use:

1. Obstacles: Think of the opponents the characters may encounter. Give them turf and an agenda, and not just dopey room assignments. Have them actively engage with the party. This is basic stuff. Literally. It’s Keep on the Borderlands.

2. Settings: Think of all the things the party might encounter in an area then fill out one of these. Drop some dice. Adventure. These hex drop tables are a lifesaver. A few drops and you pretty much have an adventure.

And that’s how it’s done, and generally an hour or two before the game’s scheduled to start.

* Of course make/steal a map to use goes without saying…

Jin, my wife, got interviewed for her translation work on the Witcher game over at this gaming site. Of course it’s only in Korean, but Jin had a fun time working on the project and doing the interview. Did you know if you image search Witcher 2 in the USA it gives you all the monsters you can fight, but if you image search it on the Korean web it’s mostly pictures of the women you get to sleep with? True fact. Or at least maybe it is.

Two weeks back I inherited a load of books from Gord Sellar. I think it was a ton or so. I had to hide the boxes behind a tree in order to get a cab to stop for me because I made the mistake of having the boxes delivered to my school. But I schlepped them home and put them on my shelves and now I have a near complete run of the Korean spec-fic magazine Fantastique (pictured above) among a bunch of other stuff. Fantastique deserves a blog post all its own. The magazine was kind of legendary for its high production values, and it’s weird flipping through the magazine – oddly nostalgic but also a bit perplexing. How could anyone expect to keep such an enterprise afloat? Anyways, that’s a post that needs to be written.

One of these days… 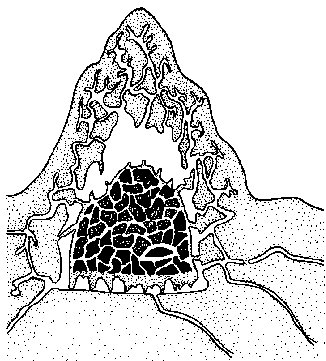 In the years between the eighth and ninth cataclysms the remnant population of Ur came into contact with the Hive. Where the initial matriarchs of the Hive came from is lost to history, but it is speculated that the first matriarch was a renegade from her own civilization who sought shelter in Ur. Symbiosis between local humans and the Hive occurred over the next few centuries. Now the towers of the Hive rise above the south east section of Ur.

The Hive is a massive structure, riddled with tunnels. Strangers must dose themselves with bug powder in order to communicate with the population. Those under the influence of bug powder have increased sensory perceptions and can interpret the chemical signals the beetle residents use to communicate. In the center of the Hive is the central air shaft and fungal garden. From here rise ventilation shafts around which the tribes have their quarters. Far above in the towers sit the “great minds” – strange human insect hybrids that have devoted their lives to research and study. While in the depths below are the reservoir royal chamber where the queen spends her days surrounded on all sides by her loyal guard.

The humans of the Hive are divided into various tribes kept complacent via chemicals distributed through their bug-regurgitated rations. At times population pressures force struggles between tribes. In combat Hive tribes-people fight as fighters, using weapons and armor fashioned from beetle carapaces along with various chemical concoctions such that burn, confuse, or immobilize. Most groups will be led by a 3rd level fighter and have a cleric in their midst.

Unused tunnels run throughout the Hive, and these are often home to outcasts, predators, and other trespassers. Also ruined buildings can be found in places throughout having been absorbed into the Hive over the centuries.

But is it really a schedule change if there was never any schedule in the first place, eh?

From now on Thursdays* are going to be gamedays around here. I figure it’s about time there’s some consistent content on this blog, and I’ve stolen so much from so many other gaming blogs that posting my own stuff seems only right. Not to mention most of this stuff has already been written in some shape or form even if it’s only scribbly-scrawl at this point. Pretty much all of it will have been used in play and pulled from my Vaults of Ur game. Whether there’s any other content remians to be seen.

*Times are listed in Korea Standard Time. My Thursday may in fact be your Wednesday.

Lois the Witch and Other Stories 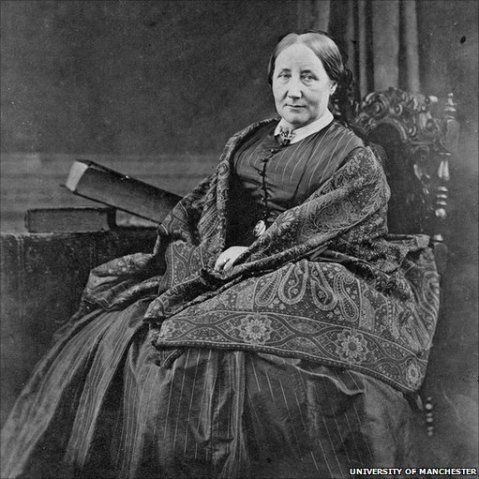 My review of Elizabeth Gaskell’s Lois the Witch and Other Stories is now live at Innsmouth Free Press as part of their Women in Horror Week. Like most Victorian writers Gaskell wrote her share of ghost stories and those in the collection are a nice grim assortment. Not only that but I suggest that Gaskell’s ghost stories serve as proto-noir and precursors to the  works of Patricia Highsmith, Shirley Jackson, and Dorothy Hughes.

I also make a joke about bonnets and four-in-hand neckties.

Go check it out.