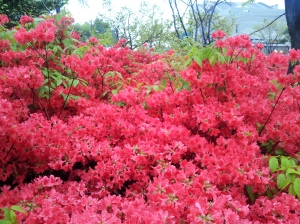 I’m still gill deep in thesis-land and so have been avoiding books. To keep me from falling down novel rabbit holes I reward myself for reading about “Metacognitive Learning Strategies In Second Language Acquisition” by letting myself read a short story or novella every now and then. Here are some high and low lights:

Guys and Dolls and Other Writings – Damon Runyon

I can’t believe I’ve never read these stories until now. They’re kind of corny mainly because they’ve been riffed on to the point that their originality is buried under decades of imitation. But when you get over the corny, there’s a lot to love.

A fun collection of grim stories. I’m not done with it yet, but so far some highlights have been: “Blood” by Roddy Doyle – A weird horror story about a modern day 40-something Irish banker that suddenly finds himself obsessed with the idea of drinking blood. “Fossil-Figures” by Joyce Carol Oates – Creepy story of the relationship between twin brothers from their birth to their deaths. It’s not a horror story, but it uses a horror story’s tone, and is really quite well done. “The Truth is a Cave in The Black Mountains” by Neil Gaiman, which would be a drive-to-the-story story in less talented hand, but here it’s a story of vengeance set during the era of Border Reivers.

Once upon a time Fantasy was a print magazine that became a webzine that became part of another webzine called Lightspeed. This book collects stories from the print era all the way back in 2007. We were all so young then… It’s a good collection too with stories that presage later trends but aren’t harbringers yet, so they’re still weird and crunchy and have odd bits poking out from them. A fun read if you can track it down

And now the not so good…

Zelazny’s a weird author that I know I should like more than I do, but I don’t. What I think the problem is, is that I come to Zelazny too late and all those spots where he’d sit comfortably I filled with other writers. So I read him and think things like, “that was a pretty great story, I’ve seen other people write better.” Maybe it was the collection. This book’s volume X in the collected short fiction of Zelazny, and maybe more completest than a highlight reel. As it was I finished the book thinking how Zelazny’s a great writer of bad stories that I don’t much like. 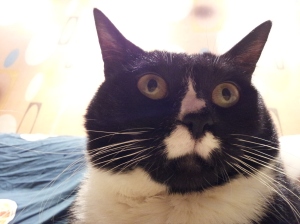 Oh and I guess I kind of lied or forgot or whatever. I did read some longer things, novellas, novelettes, and an actual novel.

Weird novella from 1938 about a chess match onboard an ocean liner between a rustic, crude savant and an obsessive doctor who’s recently escaped from the Nazis. It’s fairly straightforward, but with something ominous underneath it.

It’s weird to think that the medieval European world had no idea what the Iliad was about and had to make do with oral accounts that they reskinned with their own reality, so Achilles is a knight and the Trojan War like the Crusades. Sir Orfeo is a retelling of the myth of Orpheus where Eurydice gets abducted by the King of Fairy and Orfeo’s a king that renounces his crown to become a minstrel. It offers both Mythic McMedieval Feudalism and splendid and profane secrets.

Pulpy thriller about a conman and his wife getting wrapped up in a scheme to steal a hoard of Renaissance gold hidden on a plague-ridden island off the coast of Scotland. Loathsome characters, plenty of double crosses, and a page count that guarantees events move along at a fast clip. It’s a Valancourt reprint. Check it out.

The City and The City – China Mieville

I kept reading this expecting something horrible to happen that never quite did. I appreciated that. This is a great weird thriller that might not be genre but it’s certainly genre adjacent, where the best bits of it read like Alfred Kubin’s The Other Side dragged forward and left gasping for breath in the 21st century. A detective in an Eastern European country tries to solve a murder case that sends him to a different Eastern European country that happens to be his own viewed from a different frame of mind. 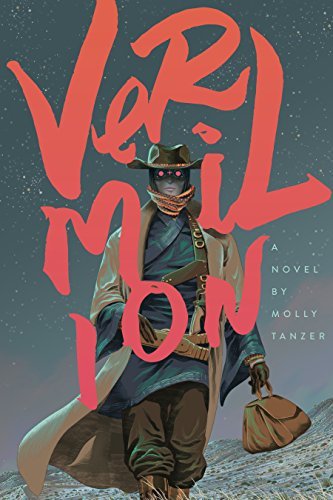 The story of pyschopomp Lou Merriwether, a woman able to guide the dead from her world into the next. Half-English and half-Chinese, Lou continues in the trade her father practiced before his untimely death, making her living in the latter decades of an altered 19th century San Francisco. Ghosts and other supernatural monsters exist and threaten the living, and western expansion has stalled due to tribes of sentient bears who swayed the course of the Civil War…

My review of Molly Tanzer’s Weird Western ghost hunter novel Vermilion is over at My Bookish Ways. Dig that cover.

Things I’m Doing Instead of My Thesis

I should be working on my thesis. Instead I’m doing something else. What am I doing? Take your pick!

1. I’m reading a book. Look at my to read pile. LOOK AT IT! These books aren’t going to read themselves! And if I don’t, who will!?! 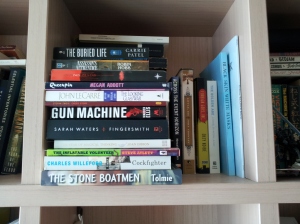 2. I’m totally building the setting for that 5e campaign I was talking about in the coffee shop last week. The sword and sorcery one where the only classes available to players are Barbarian, Bard, Monk, Paladin, and Warlock; and the only playable races are Human, Dragonborn, and Tiefling (and they have to roll for random mutations). I might even be working on the map!

3. That novel I’ve been fiddling on for the past two years or so. The one that’s now like <i>Jane Eyre</i> meets <i>True Grit</i> on <i>Dune</i> with Mr Rochester as a sandworm! Yeah, I’m totally working on that.

4. Or if not, that than one of the dozen or so short stories I’ve written over the past year, but are still in the scrawled in crayons on recycled paper stage. I put them in a folder and everything! So like I’ll totally get to them… some time… and why not now, when they make very effective procrastination devices against writing my thesis paper?

5. Or, maybe, I’m actually working on my thesis and weeping, because I’m screwed.

It’s April Fool’s Day, the day when you find out which of your friends are dull-witted pranksters. Unfortunately, I live in Korea so I’ve had hours of pranks to sort through already, but I’ll lose on the time difference and will still have hours of dullwitted pranks to wade through tomorrow when I wake up. So without much further ado, … I mean, here’s what I read in March.

Awful Victorian novel that is sometimes deliciously awful, but in the end I finished it in a mad bout of rage-reading. It consumed much of the month’s leisure reading time. You can read my blather about it here. Or just scroll a bit down the page.

A later cyberpunk novel that rages fast and furious with crazy ideas. Parts of it were kind of boring, but only because they now accurately describe the world we live in. Other bits were as pointed and insightful as they were back then. Yeah, yeah, the fetishism of Japan was a bit much and who the hell was programming all those virtual realities, but I make allowances for 300 page science fiction novels that deliver on the crazy.

Amadis woke up alone. At least, she thinks she did. Claustrophobic novella set on-board an intergalactic spacecraft with a psychotically needy AI. It’s great and gets dark and then it ends and you’re like, fuck. I recommend it. Also Valentine has a new book out, Persona, which you can read about here.

My second trapped on a spacecraft and dying a slow death alone book, because why settle for a little claustrophobic paranoia when you can have a lot? Anyway this has all the despair and nihilism of a Peter Watts’ novel except with mopier characters and less cool SFnal stuff to take the edge off the bitterness. The main character’s an astronaut, yet still fucking blogs as his world goes to shit around him.

You’re all fans of Aylett’s work already, I presume, so this doesn’t need any description. I just have to nod and be like, “Right?” and you say “Yeah”, and that’s all we have to do? Aylett’s one of those writers that will either have you in stitches or perplexed with confusion as the person beside you roars at a joke you don’t get. This is sort of like a Jack Vance Cugel story with a quick-witted scoundrel as its hero and a hundred brilliant bits of weirdness dropping from every page. Okay, I exaggerate, but if you want a short, entertaining read that’s like a sword & sorcery version of The Mighty Boosh, then track this down.

A weird western set in an alternate USA where monsters, vampires, and ghosts make life difficult for the living. It’s a bit like Mr. Vampire meets The Magic Wagon except with a cross-dressing Chinese-American woman as its main character. I wrote up a review of it that will likely be online next week. Suffice to say I enjoyed it and you might too. Tanzer wrote one of my favorite books in recent years, A Pretty Mouth, and if you haven’t read that, you should. It’s smart and fun.