The Footpath Way: A Yesterweird Book

I am a fan of the English Person Goes For A Walk genre, which seems to have been a thing in the 19th century, but which still crops up today, although, thankfully, the scope’s broadened out quite a bit. And while the English Cream of it all can be more than a bit much at times, plenty of writers I like took a hand at writing essays about walking. So my plan for July and August over at my Patreon is to do something a bit different and take a long leisurely stroll through an early 20th century book called The Footpath Way: An Anthology For Walkers. It contains essays, poems, and bits by such notables as Chuck Dickens, Wally Whitman, Tommy De Q, Bob Stevenson, Bill Hazlitt, and everyone’s favorite cinnamon doughnut eater, High Definition Thoreau. The plan’s to read thirty – forty pages a week over the next eight weeks and make a weekly post.

Here’s the link to the book on Project Gutenberg.

Feel free to come along!

My Favorite Thing About Korea

I realized my favorite thing about living in South Korea. And I don’t even think it’s a South Korean thing, as a hold over to being a country not the size of the USA thing. Like if I lived in Ireland or Italy, I suspect I’d encounter the same thing. It was also what made me like living in Queens, NY. I know, Queens!

Anyway, what I like is that the city where I live, Pohang, retains the quality where a single pedestrian who is probably elderly determines how the city is designed. It’s like if you took Betty White and made her a metric unit that measured urban accessibility. Okay, maybe not Betty White, maybe Jane Jacobs, but you get the idea.

Pohang is a kilojacobs city in that every neighborhood is self-sufficient. Within an easy walk of my house I have access to hardware stores, stationary stores, delis, grocery stores, a traditional market, and restaurants. It was something Joe Mitchell talked about in post-war New York where every neighborhood was a self-contained village. This single pedestrian is accommodated in other ways as well: lots of parks with places to sit down, a robust bus system, and cheap taxis. This is vastly different from the USA where the unit of urban measure is a family with an automobile, and therefore things can be spread out, the supermarket here, the school there, and your entertainment way over there. Public transportation is treated as a charity to be given to the unfortunate, and not as a tie that binds the city together.

Now, I am talking about a small city. I have no idea how Seoul compares, although even there I think it would conform to the model of Queens, NY as opposed to Detroit, MI. And like I said I don’t think this is necessarily a Korean thing, some kind of “Wow. Confucianism dictates that you treat your elders with so much respect!” bull shit, as it is related to country-size. The USA has “Settling This Vast Empty Land” as a foundational myth, and it shows in most of our cities.

Fortunately for me,  Korea’s foundational myths don’t seem to effect urban planning all that much. 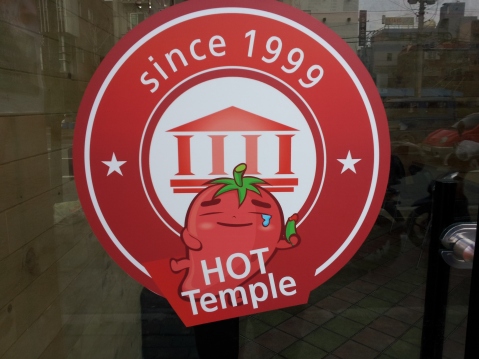 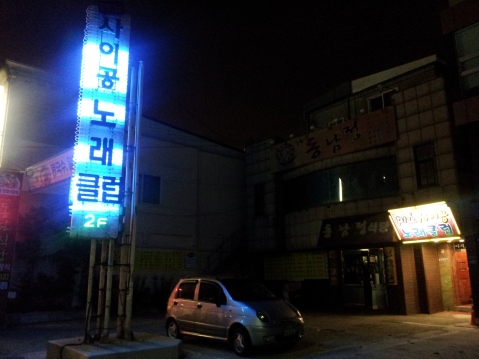 Not mine, but glimpsed through alley gates on my way to work. 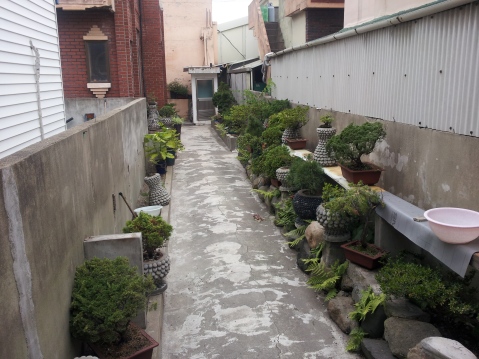 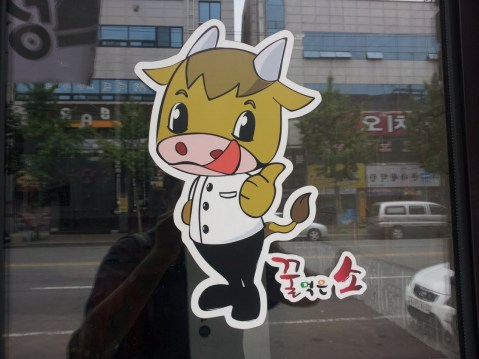 Come on in. My family tastes delicious.

Cartoon Animals Always Look So Happy About Being Eaten 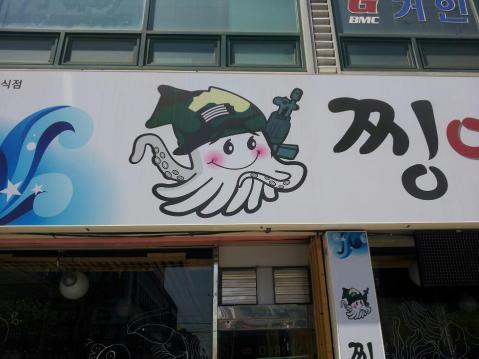 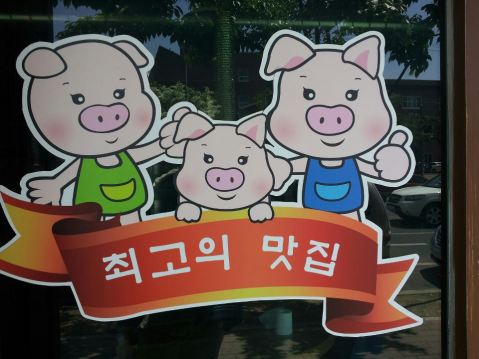 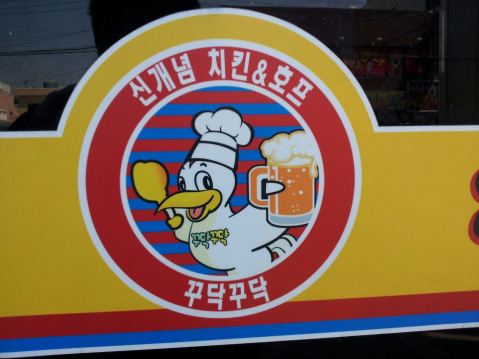 I used to pass this guy every morning on my way to work at this certain streetlight. He’d be on a bike and I’d be walking.

He was an older Korean guy wearing a baseball cap and aviator sunglasses, always casually dressed but super neat like if it were raining he’d be riding the bike one handed holding an umbrella with the other, and the open umbrella would be perfectly parallel to the road, not held sloped or slanted like you or I or any other slob would.

Anyway, he always said “Good Morning” to me, so that’s the name I gave him. He was like my alarm clock. If I didn’t see him on my way to work, I knew I’d be late.

But in the past few months there’s been all this construction near work and I’ve had to detour past the place where we usually met, so I hardly see him. I still do but it’s rare and no matter when I do, he always breezes by me on his bike saying “Good Morning.” This even happened once on a Saturday afternoon.

So I told Jin about the guy and she thought it was amusing. But then earlier this week we were coming out of the supermarket and there the guy was in his track suit and wearing a cravat (and baseball cap). It was nighttime, he said “Good Morning”, and we stopped and chatted with him. Turns out the guy’s a retired master ship’s surgeon from the Korean Navy who works as a school crossing guard, which is where he’s always going in the morning. He also thought I was from Uzbekistan. Jin was more than a little amused by that, and after we left she said, “You know that guy’s now going to take you out drinking.”

I Take It All Back 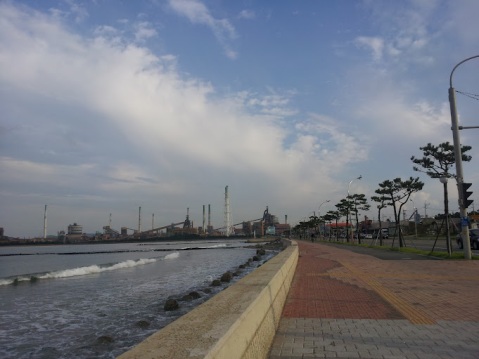 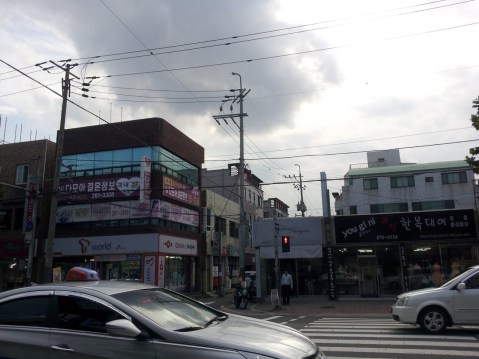