“A Ghost Can Only Take” at Reckoning

My rambling gonzo* epic-mundane** essay “A Ghost Can Only Take” about walking the liminal zone inside an industrial city, ghosts, history, and landscape memory has been published over at Reckoning Magazine. While you’re there you should check out the rest of the magazine. There’s lots of good weird stuff in there.

One thing I wish to highlight about that essay is how much it’s unfinished as it can’t be finished, as it’s about where I live and the present moment in all it’s fluid, ever-changing glory.

Let me give you two examples. First, since I wrote that piece there’s been an earthquake on the north side of town that left a few hundred people homeless. Second, if Trump’s steel tariffs go through they’ll heavily impact where I live and work since the steel company in town is one of the leading steel companies in the world. If they start feeling the squeeze the whole city will. And that’s leaving aside any and all nonsense about a possible war on the peninsula.

Anyway, please give it a read if you’re inclined, or scroll through and look at all the pictures. (And if you like the pictures, there are plenty more where they came from.)

* What the editor called it.

Here are my three favorite reads from last month. 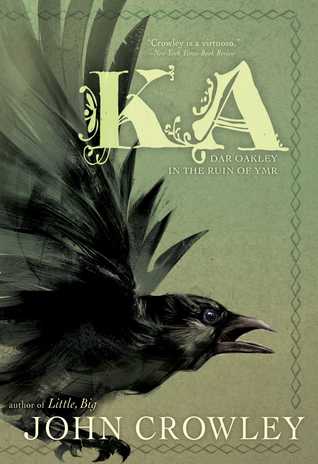 Ka: Dar Oakley in the Ruin of Ymr by John Crowley: Easiest way to describe this is it’s like Watership Down except only the really trippy bits and about crows instead of rabbits. But it’s more than that. It’s a series of linked stories centered on the interaction of Dar Oakley an immortal crow and various humans – a bronze age shaman, an Irish monk, a Native American storyteller, a spiritualist medium in the 1870s, and a near future professor. But it’s more than that too. It’s about language, memories, names, love, and death. 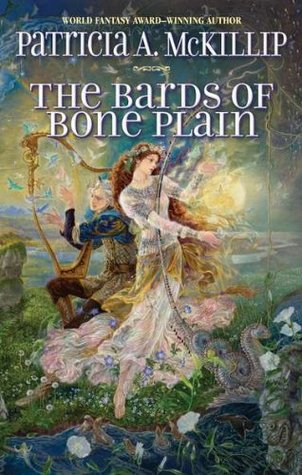 The Bards of Bone Plain by Patricia McKillip: I think the cover oversells the magic in this book and doesn’t depict the rather mundane majority of it, but so it goes. Phelan’s a teacher at the local bard college working on a dissertation about the legendary bard Nairn when strange things start to happen to him and his friends, all of which are tied to the riddle contest Nairn lost in the remote past. McKillip’s fantasy is more Ren Faire than Renaissance, but she uses that to her advantage. The fun for me was that she’s writing a story centered more or less in one location (a literal college town), and in a world that’s menacing but not cruel.  (Also, am I wrong to see nods to  William Kennedy’s Billy Phelan’s Greatest Game in this? Both novels are about guys named Phelan who have dads who are drunks.)

Against Nature by Joris-Karl Huysmans: 1890s French novel about the ailing, misanthropic aristocrat Des Esseintes who decides to move to an isolated villa where he can indulge his taste for luxury without any interruptions. What follows then are chapter long musings on art, literature, nightmares, and diet as Des Esseintes roams about his home decorating and organizing his library. It’s a bit of an absurd book, and I don’t know how much of that’s intentional. Des Esseintes is a pretty awful human being, but sometimes comically so. I went back and forth between reading this as a black comedy and a horror novel. I also wanted to scream “Get a f—ing job!” at Des Esseintes. It almost made me happy that the Great War came along.