This was a great month for books. I read a ton of fun stuff. Here are some highlights: 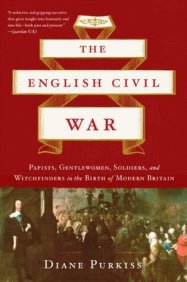 The English Civil War: Papists, Gentlewomen, Soldiers, and Witchfinders in the Birth of Modern Britain by Diane Purkiss: I’ve been slogging through this for months, reading a chapter here and there and then putting it aside for weeks on end, but you shouldn’t take my slow progress as a judgment. It’s a thick history book and I can’t be blamed for wanting some occasional zap/pow/boom along the way. The weirdness of the time comes through, but I’m sure it could be even more deeply explored (if you know of a book that does, I’d love to hear of it). But yeah, this is one of those people’s histories so draws on a lot of first hand accounts from various outsider sources such as kitchen servants, pamphleteers, and soldier-preachers. 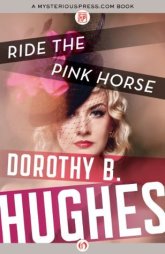 Ride the Pink Horse by Dorothy Hughes: Weird pulp crime novel that reminded me of Nightmare Alley while managing to be even pulpier. Sailor is a Chicago gangster who works as the personal secretary to a corrupt senator. When a deal goes bad and the senator cuts ties with Sailor, Sailor tracks him to New Mexico where they play cat and mouse in the midst of a fiesta. Meanwhile McIntyre, a Chicago cop, is trying to get the goods on the senator and hopes he can convince Sailor to do something good with his life for once. I will probably do a “One Book Four Covers” for this book, but I absolutely loved it. 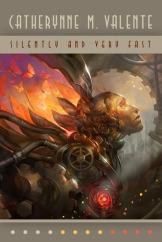 Silently and Very Fast by Catherynne M. Valente: An AI/human hybrid teaching itself how to love by listening to stories? Maybe. I was along for the gorgeous prose and imagery. The story unfolds at its own pace, so you need to give this time as it puzzles itself apart and reveals its workings to you. I’d say the journey is worth it.

Bleakwarrior by Alistair Rennie: This is a bad book for bad people and as good as they say. It’s the grim dark genre pushed to absurd lengths and a long form riff on Elric and his like. Imagine Elric by way of GWAR by way of the WWF if Jodorowsky were in charge of the script. If you can imagine it and can stomach copious amount of violence, more violence, and genital violence, then get your hands on this book. It’s something. 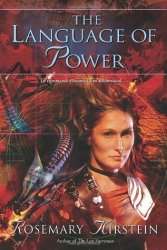 The Language of Power by Rosemary Kirstein: This is the fourth book in Kirstein’s Steerswoman series, and the most recent. I plowed through all four this month and will do a longer post on the series some time this month. Safe to say I adored them and they did so much right that most speculative fiction gets wrong in regards to pace and plotting. This book has Rowan the Steerswoman still on the trail of the wizard Slado and the mystery of “routine bioform clearance”, but has her staying in a small town as she tries to uncover more of Slado’s history. The thing I loved was how the entire book stayed focus on one locale and situation, and didn’t do the standard spec-fiction thing of sending people running all over the world to discover plot tokens. The downside is that there are still two more books to go in the series. 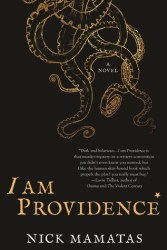 I Am Providence by Nick Mamatas: An enjoyable book that satirizes fandom or at least the areas of it I’m partially familiar with. The Summer Tentacular is an annual HP Lovecraft convention that draws a host of weirdos to Providence, RI. Only this year a notoriously disliked author has been murdered in the hotel and his room mate decides to play detective and tries to find out why no one cares that a murder has happened among their members. A fun read that at its worst becomes a Lovecraft sitcom or riff on Bimbos of the Death Sun, but at its best is funny, sad, and a little bit terrifying.

And there we go…