From Old Country Inns of England:

“In every manor there was held annually the assize of bread and ale, the two staple articles of diet which it was essential should be pure and of good quality. “Bread, the staff of life, and beer life itself,” not unknown as a motto on the signboards, is a saying that[Pg 97] has come down to us from a prehistoric period. And modern science, as it seems, is inclined to endorse the maxim. Good old-fashioned wheaten and rye bread, made from the whole flour from which only the coarser brans had been sifted, built up the stamina of our forefathers. Their chief drink was ale brewed from barley or oaten malt. The small proportion of alcohol served as a vehicle for the organic phosphates necessary for the sustenance of strong nerves, while the ferment of the malt helped to digest the starch granules in the bread. Bread and ale are still the main diet of our labouring classes—but alas! stale, finely-sifted flour contains a very poor allowance of gluten, and chemically produced saccharine is destitute of phosphates. O, that our modern legislators would revive the assize of bread and ale!” 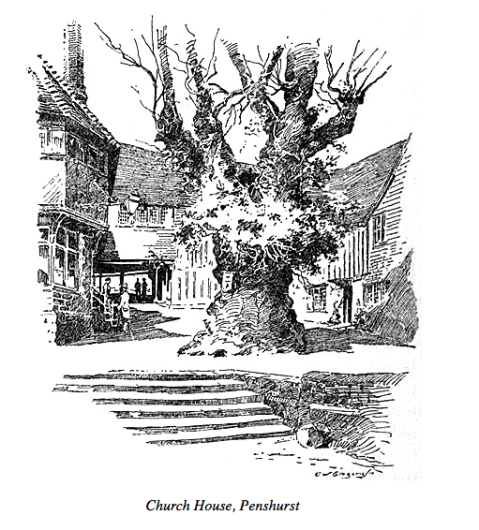 And from The History of Mourning:

“The Italians, and especially the Venetians, spent enormous sums upon their funeral services, which were exceedingly picturesque; but as the members of the brotherhoods who walked in the procession wore pointed hoods and masks, so that, by the glare of the torches, only their eyes could be seen glittering, and as it was the custom, also, for the funeral to take place at night, the body being exposed upon an open bier, in full dress, the scene was sufficiently weird to attract the attention of travellers.”