Here are my favorite reads for September.

Not included are my non-favorite reads like the “hard” science fiction novel that kept using “North American” as a stand-in for White. In my defense, or to further incriminate myself, its cover looked like it could have been an old Traveler module.

On to the books I greatly enjoyed!

The Border Keeper by Kerstin Hall. This cover does not do nearly enough to sell the Planescape meets El Topo vibe of this book. A stranger with a shady past comes to seek the guardian-god at the border between worlds. If you like New Weird fantasy where people hop between 999 worlds each overseen by a unique ruthless monarch from a court full of strange creatures, then yeah you should be buying this book now. It’s fun.

Red As Blood by Tanith Lee. A short story collection of reworked fairy tales that sits comfortably somewhere between Angela Carter and Fritz Leiber. Favorites were the Red Riding Hood, Frog Prince, and Rapunzel retellings. Part of the fun was seeing how far and in what direction Lee would twist the material. The rampant Satanism might be a bit much for some as might the sexualization of teens, but there you go. That’s Tanith Lee for you or the 1970s or something.

I, Juan de Pareja by Elizabeth Beston de Trevino. Juan de Pareja was a Spanish painter who served first as Velzaquez’s slave then later assistant after Velazquez granted him his freedom. His portrait by Velazquez hangs in the Metropolitan Museum in New York. This book is a historical YA novel from the 1960s and while it hasn’t aged that well, it’s still a fascinating read. The friendship between the two men comes across clearly as does their slow journey towards trusting each other. My main complaint is that de Pareja comes off as a bit too innocent and naive. Still, it’s an enjoyable read. 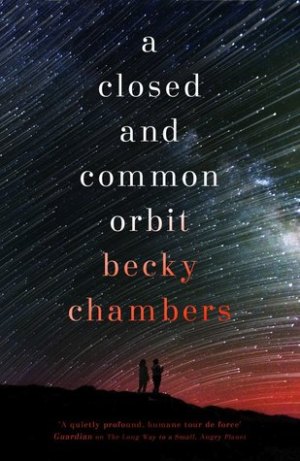 A Closed and Common Orbit by Becky Chambers. A novel about the friendship between a gifted engineer named Pepper and a “young” AI trying to adapt to living in a synthetic body, both of whom are trying to process their own maladaptive tendencies. Not to put too fine a point on it, but Chambers is my go to comfort read. It’s mac & cheese, but it’s near perfect mac & cheese. It’s also another book in that cozy aesthetic like the one I read back in June, Kate Diamond’s The Cloudship Trader. There’s drama and tension, but there’s a kindness too, since you have two damaged people trying their best to understand each other. Give it or one of her other books a try!