Chuggachug-chugging along towards 2019… who knows what awaits?

Here’s my favorite reads from November.

The Auctioneer by Joan Samson: This was scary as all hell. Unrelenting and harrowing where the entropy dial is twisted all the way to 11 and the bad stuff keeps happening and the stakes keep ratcheting upward. To be honest I had to put the book down for a bit because I found it too unrelenting. The story’s about a New Hampshire town that finds itself falling under the influence of an out of town auctioneer with big plans for the community, but first he just needs to make some changes to the place. This was Samson’s only novel before she died from cancer. I’m happy to see it back in print. 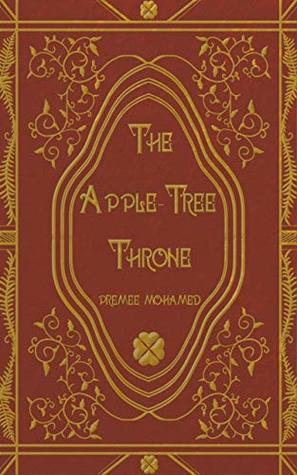 The Apple-Tree Throne by Premee Mohamed: A weird secondary world novel set in the aftermath of what feels to be the equivalent of the Great War. Lt. Benjamin Braddock managed to survive the war that saw so many of his companions dead, but the ghost of his commanding officer and friend still haunts him. Even more so when Braddock starts taking over that friend’s life. What I liked about this book was that Braddock’s a nobody and his predicament is completely personal. As his friend’s family begins to groom him to replace their dead son, Braddock starts seeing the ways honor can be a curse as much as a gift. That in the end Mohamed zags when I wishes she would have zigged doesn’t take away from how fun the trip was.

The Black God’s Drums by P. Djeli Clark: This is a swashbuckling adventure story set in an alternate 1880s where the Civil War ended in a stalemate, New Orleans is a free state, airships ply the skies, and several Caribbean nations gained their independence by harnessing the powers of the former slave population’s African gods and goddesses.  If it had only half those things I might have skipped it, but since it had all those things (and more!) I was hooked.

When a young pickpocket overhears a group of confederate terrorists conspiring to kidnap the Haitian scientist who harnessed the storm god’s power, she sets out on a mission to save the scientist. 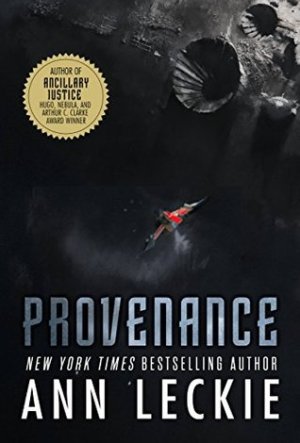 Provenance by Ann Leckie: I eventually warmed to Leckie’s Imperial Radch series despite the amount of hype that had accumulated around them, which isn’t the books’ fault at all. In particular the second one, Ancillary Sword, was a fascinating example of military SF, except focusing on all the boring parts of the military like doing garrison duty in a peaceful allied nation. Provenance calls to mind that book. It’s a stand alone novel about history and identity and being from somewhere It’s also filled with quirky little details like how every human culture has their preferred drink and complains when they go to another culture and have to accept other drinks. Like think how much people argue about pizza today, now imagine if every planet in the solar system had multiple styles of pizza. There’s also a good bit in this about parenting, bad parenting in particular.

When Ingray frees a convict from prison to pretty much impress her adoptive mother, it sets in motion events that will see her having to stop the invasion of her planet.

Who Is Vera Kelly? by Rosalie Knecht: A spy novel! A lesbian coming of age novel! A story of imperialism and disillusionment. How exciting! Vera Kelly’s a CIA operative in mid-1960s Argentina monitoring student activists and suspected communists. Vera’s also a teenage girl in 1950s Maryland coming to terms with her crush on a classmate and her failed suicide attempt.

When a coup occurs and one of her contacts betrays her, Vera finds herself trapped without any way of coming home, but also unsure where her home is. This was smart like a good Graham Greene novel mashed up with a Nancy Drew novel.

In the Vanisher’s Palace by Aliette de Bodard: A science fantasy retelling of Beauty and the Beast set in a post-apocalyptic world inspired by vietnamese cultures legends. Yên’s a failed scholar bartered away to the dragon Vu Côn by her elders in order to pay for the dragon’s intervention in healing a higher class child’s illness. Yên expects nothing but death at Vu Côn’s hands, but instead the dragon has a job for her, to tutor her two unruly children.

A lot’s made about sense of wonder in speculative fiction and how there’s a lot less of it now than before, to which I have to ask what the hell people are reading, because I find no end of examples of it. And this book would be a go-to example of it. De Bodard’s descriptions are vivid, not simply lush, but dazzling. Wonder (and terror and yearning) abound in this book.

… and that’s all until next time.