Mission Child by Maureen McHugh: What a book! I’m not sure how to describe it except to say it’s in the Ursula K. LeGuin corner of social science fiction, except it’s not really pushing any kind of utopian vision. Janna is a young woman growing up as a hunter-gatherer in a remote area of her lost colony world that’s only recently regained contact with Earth. When her village is destroyed by raiders Janna forced on an odyssey that last decades and carries her over the entire breadth of her world, transforming her in unexpected ways. This is the second novel I’ve read by McHugh and like in China Mountain Zhang, which you should absolutely read, the focus isn’t on the movers and shakers of the world, but on a single “mundane” individual and how they navigate their SFnal world. I LOVE THAT STUFF and it seems to have been a 80s and 90s trend that has fallen somewhat out of favor (although if you disagree and want to recommend some books feel free). I’ve heard someone say McHugh called this a trilogy in one book, and that it is. If you can find a copy, read it! 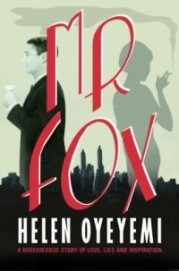 Mr. Fox by Helen Oyeyemi: St. John Fox is your average mildly misogynistic 1930s mystery writer with a tendency for murdering off his heroines. One day his muse Mary Foxe shows up and calls him a serial killer. The two then engage in a game of cat and mouse across a number of St. John’s stories. However St. John’s wife, Daphne, is not so keen on her husband spending all his time with an imaginary woman he made up to combat his PTSD after World War 1, so she decides to push her way into the narrative. What happens then is a weird, slightly po-mo love triangle as the three start struggling against and allying with each other. Or a love story for Angela Carter fans who sometimes secretly wish Bluebeard could have been rehabilitated.

Maze by JM McDermott: Men and women from various times and places disappear and find themselves trapped in a strange maze full of monsters. A weird science fiction book from Apex Book Company that sort of makes sense if you squint at it or look at it side ways, just don’t ask me to explain it. Nothing gets explained, and it reads a bit like an early 20th century fantasy novel (think William Morris or David Lindsay) on 21st century drugs more than it does Philip Jose Farmer’s Dungeon series. I liked it a lot more than I have most recent fantasy novels from bigger presses.

The Liminal War by Ayize Jamal-Everett: This is gonzo-pulp of the best kind with super powered humans not quite allied with a sentient fungus god time-traveling to hang out with Bob Marley and play guitar with Robert Johnson while fighting kinda-sorta-not-quite-vampires and an evil drug dealing Professor X type guy. Halfway through the book there’s a scene where the protagonists are on a ghost ship traveling through time and the villains attack them with prehistoric sharks while the messiah of the fungus god brands himself with the souls of dead Africans lost in the middle passage, and I have no idea what’s going on or why, but SUPER POWERED FIST-FIGHTS WITH PREHISTORIC SHARKS! Think Octavia Butler meets Andrew Vachss with a healthy dose of gonzo thrown in and if that sounds ind of great read all of Jamal-Everett’s books.