BW BC 13: And Now the Strangeness Starts 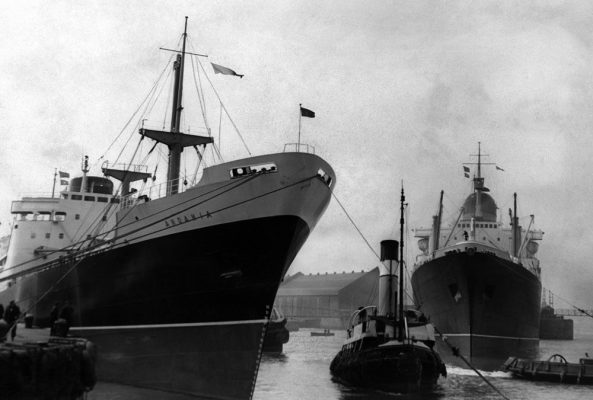 Hello, welcome back, I’m glad you could make it.

Three more stories this week: one a flash-length excerpt from a longer story, the other two your standard slightly shorter than average short stories. Isak Dinesen/Karen Blixen gives us our flash length story, an excerpt from ”Peter and Rosa”. After that is a bit of decadent literature from Junichiro Tanizaki called “Tattoo”, and a humorous story from Flann O’Brien called “John Duffy’s Brother”.

From “Peter and Rosa” by Isak Dinesen

Did you know that when Isak Dinesen sent the manuscript for her collector “Winter’s Tales” to her publisher it was right at the start of World War 2, and she had no way of knowing if it was received or published until after the war when former soldiers wrote to tell her how much they loved her book? While that story is wild on multiple accounts, I like to imagine what kind of guys these soldiers were who read Dinesen during the war.

An old friend of mine described Dinesen as a writer who readers always feel like they alone have discovered, and I think there’s something to that. When one of her stories clicks, that feeling of some truth being revealed to you and you alone is overwhelming. You might have to read a few of her stories for that to happen, but when it does… mmm, chef’s kiss.

Sadly, the excerpt Manguel includes here from “Peter and Rosa” is not enough to generate that feeling. If anything it gives only the barest hint with its short tale of a ship captain, his ship, and his wife’s jealousy that has all the qualities one recognizes from fairy tales.

All I can say is find yourself a Dinesen collection. She’s well worth the read.

I have to imagine that when Edgar Allan Poe’s work was translated into Japanese, they arrived alongside Oscar Wilde’s and Charles Baudelaire’s, making like this stew of decadent weirdness that the edgelordier sections of early 20th century Japanese writers must have loved. This story is direct from that main vein about one Seikichi, a sadistic tattoo artist, being gifted with a teenage girl to decorate as he pleases in the days before she is to start her training as an elite courtesan.

The ick-factor is strong here.

And what is the tattoo of? A spider.

That’s it. The end. No moral. No comeuppance. No attack by the suddenly living spider, just a whole heap of decadence with a few extremely vivid images. Which is in no way a bad thing, but maybe not everyone’s cup of tea.

This is a story about a man who wakes up one day and thinks he is a train. He goes to work and does his job, and says things like he’s a train, then he goes home to lunch and realizes that he is in fact not a train. He’s then mortified by his morning’s behavior, but no one there ever mentions it. In fact they hardly noticed. Beyond a newfound particular-ness with sticking to a timetable, the man hadn’t really changed all that much. But still, those hours when John Duffy’s brother thought himself train would go on to haunt him for the rest of his life.

Initially, this story didn’t make much of an impression, but now a few days later I see it’s quite funny. Like what if Gregor Samsa did wake up one morning as a giant cockroach but nobody cared or noticed? That would be funny.

Until then, stay safe!