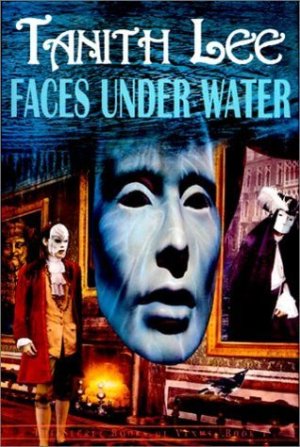 Faces Under Water by Tanith Lee: The first book in Lee’s alternate Venice series full of alchemy, masks, magic, and skullduggery with a lot of the vivid prose Lee is known for. I had a great time with this. When Furian finds a strange mask floating in the canals of the city of Venus it leads him into a conspiracy full of madness and murder. Of course, he’s an obnoxious ass and the book’s full of all sorts of the awful and horrific (rape’s a plot reveal), but as someone who grew up loving Clive Barker and Sword & Sorcery this felt like the two streams coming together. This cover, however, is crap. 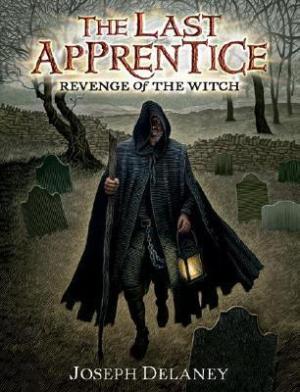 Revenge of the Witch by Joseph Delaney: The first book in Delaney’s The Last Apprentice series about Thomas Ward, who’s the seventh son of a seventh son and the apprentice to Old Gregory the Spook of the county. Spooks are basically ghost finders and witch hunters that protect a region from supernatural foes. The setting’s vaguely 17th century after the English Civil War of Not Quite England. I’m not sure if Thomas is the main character of the whole series, or it shifts to others. I’d say it’s alternate history fantasy with horror overtones.

Jakob Von Gunten by Robert Walser: Walser was the guy critics compared Kafka to before critics started comparing writers to Kafka. I wrote about Jakob Von Gunten over at my patreon. You can click here to subscribe and read it.

To The Resurrection Station by Eleanor Arnason: This is an early book by Arnason and mashes up science fiction tropes with Gothic ones. It’s a book that’s fun, but a product of its time, and likely Arnason would do a better job with the same story now. For me, the charm was in protagonist Belinda Smith’s “magic power” that bends reality around her and makes the impossible possible. It was a neat conceit.

The Cloudship Trader by Kate Diamond: I liked this book, but I also reacted weirdly to it. This is the first book in my memory that instantly brings to mind a Studio Ghibli movie. It doesn’t matter which one. It captures the Miyazaki aesthetic and sticks with it. The plot revolves around enslavement of non-human characters, bad things happen, one character is fleeing an abusive relationship, but there’s nothing systemically bad in the world, hell, there doesn’t even seem to be any force of entropy or the simple cussedness of inanimate objects. All the evil is performed by a few bad actors acting mostly in isolation and the characters believe that if they calmly state their case and reveal the facts to a person in charge, everything will be okay. No one could abide letting an injustice occur and would go to great lengths to repair the wrongs done, even if that meant destroying a cultural object of great significance or tearing apart a treaty. I like a good comfort food read from time to time, and this is certainly one, but it’s also Comfort Food as an aesthetic and I found myself at time having a hard time swallowing that. But the appeal of such an aesthetic is clear.