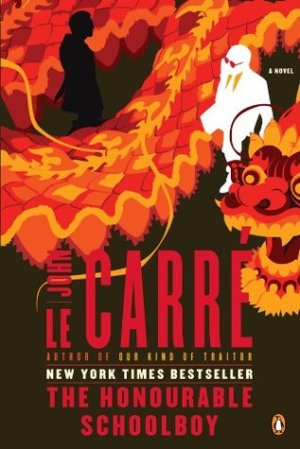 The Honourable Schoolboy by John le Carre: I feel like le Carre’s spy novels owe more stylistically to Dickens and 19th century literature than they do to Ian Fleming or Len Deighton. The cast of characters is huge, the plot’s oblique, and the prose ripe with caricature and grotesques. I love the world he crafts, but can understand anyone’s complaint that there’s not enough action. If anything le Carre deflates the action oriented spy story, as the more James Bond a character is, the more likely they are to get killed – and not only by enemy agents, but by their own country’s spy services in some inter-departmental spat.

Anyway, all that’s in here as George Smiley seeks to rebuild the British spy service post-Tinker, Tailor, Soldier, Spy and sends agent Jerry Westerby to Hong Kong to unearth a Russian “gold seam” of covert money being paid to a Chinese tycoon. As Westerby follows the trail, he travels throughout South East Asia (circa the early-1970s and the final days of the Vietnam War) on a grisly odyssey.

It’s a slog at times, but I absolutely recommend it.

A Natural History of Dragons by Marie Brennan: This is Book #1 in the Memoirs of Lady Trent and documents her youth where she developed a passion for dragons and naturalism, her debut in society and marriage to a husband who shares her interests, their expedition to study dragons in a remote region of their world, and the adventures that unfold there. It’s a fun blend of Jane Austen, 19th century travelogue and naturalist writings, and simple adventure story. I’ll likely continue with the series. It’s definitely fun and smart, and I’m curious how Lady Trent develops. 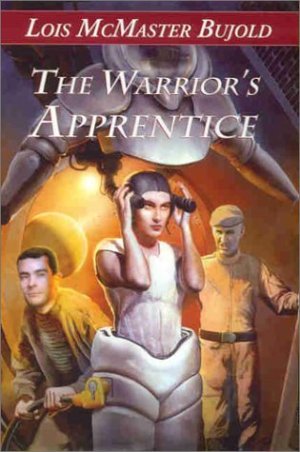 The Warrior’s Apprentice by Lois McMaster Bujold: My first foray into the Vorkosigan Saga and I liked it. Miles Vorkosigan is the disabled son of a military hero in a highly militaristic society (I imagined them to be like a planet full of Prussian Hussars). He fails to achieve his goal of making it in the military and so sets out to visit his mother’s homeworld, which is like a planet of efficient hippies (ever meet anyone who had a Montessori education? Beta Colony is a planet of those people). Soon Miles finds himself and his starship crew embroiled in a small interplanetary war and mayhem ensues from here.

This is fun swashbuckling space opera and yes I could side-eye bits of it, but I won’t. I also chose my favorite cover for this. It looks like a Soviet-era poster. 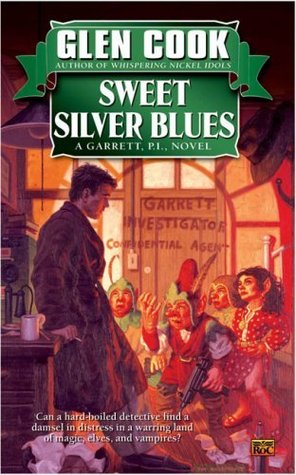 Sweet Silver Blues by Glenn Cook: I never really took to Cook’s Black Company books, but this I liked. It leans a lot on detective tropes, but I think the covers and ad copy sell that idea more than the book warrants. In a lot of ways this reminded me of Jhereg and the character Vlad Taltos. Very urban, secondary world fantasy, heavily informed by RPGs with the adventure being undertaken for mostly financial reasons. Some of the fun comes from upending expectations, the rest from Cook’s ability to have a plot sprout complications. The bad bit is that it is written in what I can only describe as the uninterrogated Testicular style where the characters spend a good bit of time exasperated by the existence of women. You have to wonder if Cook assumed that no one but guys would read his books.

Abbott by Saladin Ahmed, Sami Kivela, and Jason Wordie: I’m a fan of the paranormal detective genre and Abbott takes the usual tropes but puts them in 1970s Detroit. Our detective is Abbott and she’s a reporter for a local paper at odds with the powers that be, and she’s also someone with a history of having encountered dark powers. While the villainy might be familiar the milieu isn’t and I recommend it to anyone who enjoys the genre.