I did some traveling over July and that meant a lot of time spent on planes, trains, buses, and even a boat for a few hours. Also a lot of time sitting in airport lounges and awake at odd hours from jetlag.

Long story short this meant I read a lot. 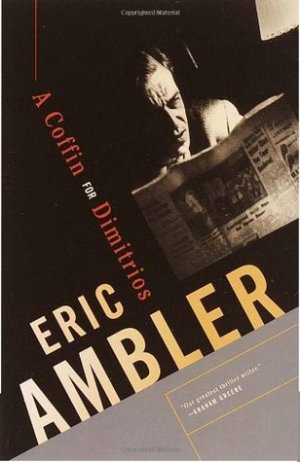 A Coffin For Dimitrios by Eric Ambler: I am a sucker for thrillers that involve little more than a nebbish protagonist traveling around the world so they can listen to various weirdoes monologue at length. Here a mystery writer gets fascinated by a death told to him by a Turkish police captain and out of nothing more than idle curiosity starts to investigate the dead man’s life. This promptly opens open a can of worms as the dead man had ties to international terrorism, human trafficking, and drug smuggling. Also fascinating glimpse into the 1930s.

We Are Never Meeting In Real Life: Essays by Samantha Irby: This is a collection of self-scathing essays by someone who got their start by being funny online. Cringe-worthy much of the time, but also very funny almost all the time. If you see this and you enjoy the David Sedaris/Roxanne Gay wry confessional style, read this.

Equal Rites by Terry Pratchett: No one ever talks about how Chine Mieville’s Bas Lag is just grimdark Discworld. For me Pratchett’s a bit like Agatha Christie. Each of them has lots of books that my friends adore and which I’ve read a little by, but have never done a deep dive into. Their books are also more or less ubiquitous and one of the easier things to score second hand, so their a bit easy to take for granted. ANYWAY, I read this and The Colour of Magic and enjoyed them both immensely..

Four Ways to Forgiveness by Ursula K. Le Guin: You ever notice how almost all Le Guin’s SF novels have titles that sound a bit like Spaghetti Westerns? I don’t know what to make of that, but I think it’s kind of cool. I also like how she swears in her books and writes characters who are quietly and respectfully down to fuck. This novel is a series of linked novellas taking place on a pair of planets, Werel and Yeowe, where the populations were once sorted into “owners” and “assets”, but then a revolution occurred. The characters have either lived through that revolution or have arrived in its aftermath as a new society emerges. Harrowing stuff at times, and in another writer’s hands I’d be worried, but Le Guin does a great job here. (I also reread The Tombs of Atuan and Tehanu from the Earthsea series and can still say I adore them.)

The Limits of Enchantment by Graham Joyce: I adored this book! I want to call this folk horror, but it’s not quite horrific enough. I’ll call it instead folk horror adjacent contemporary fantasy. It’s the 1960s and Fern Cullen is the teenaged assistant to mammy, the local wise woman in a small English village. Most of their work is herblore and midwifery, but they also provide abortions where required. And it’s this that lands them in trouble. As the world changes around them and Mammy ends up hospitalized, Fern must decide whether she is willing to continue the work Mammy has taught her or adapt and change with the times. Like I said, I adored this book and wholeheartedly recommend it. 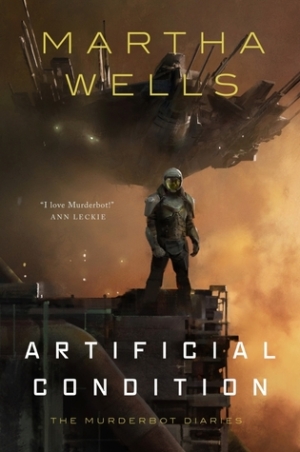 Artificial Condition (The Murderbot Diaries #2) by Martha Wells: When we left Murderbot at the end of All Systems Red, they’d saved their humans but fled from their offer of sanctuary, choosing instead to learn the truth of their own past. And so that’s where we pick up here with Murderbot stowing away onboard ART, an Assholish Research Transport vessel, and returning to the site of the massacre they believe they committed. Of course this puts Murderbot in danger, bot only from humans but from other robots that see Murderbot as something of a role model. If you want fun, SF action entertainment these books deliver.