Imaginary Lives by Marcel Schwob: Schwob’s one of those decadent fin-de-siecle French fellows I’m crazy about. Here he plays with biography by writing a short set of in-depth profiles of various ne’er-do-wells, nobodies, and the corrupt. While the profiles aren’t absolutely accurate, they dig deep into the mundane and dredge up moods and ideas that resemble truths.

A fun little book, it’s easy to read this and see how its influence on later writers such as Borges.

Dread Nation by Justina Ireland: Zombies rise in the middle of the Battle of Gettysburg and pretty much put a stop to the American Civil War. Now years after the War’s end some semblance of society has returned. In the wake of the Native and Negro Reeducation Act certain children get combat training so they might serve the wealthy as attendants, protecting them from zombies and other threats. Jane McKeene is one such woman studying at Miss Preston’s Combat School in the walled enclave of Baltimore where she ends up stumbling upon a conspiracy that soon puts her life and those of her friends in jeopardy.

While the larger setting here feels vague and put in with broad strokes, it’s the day to day stuff and the picture of Jane and her friendships that I found most endearing.

Space Opera by Catherynne M. Valente: This is one of those books that has a buy in. So if the notion of a washed-up glamrock act having to compete in an intergalactic “Eurovision” style contest to prove humanity’s worth a damn sounds like something you might want to read, then yeah, this is that book. This is that book in spades. Part Ziggy Stardust, part Hitchiker’s Guide to the Galaxy. It’s fun and funny, and even when it’s not you only have to read a few more pages for the funny fun to return. And if David Bowie Douglas Adams, doesn’t sound fun at least the book didn’t try to fool you by pretending to be anything other than what it was. 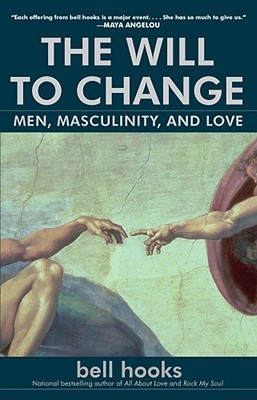 The Will to Change: Men, Masculinity, and Love by bell hooks: Hooks as always is insightful and unflinching, but there’s a lot of love and kindness in her words as she attempts to provide a frame work for men whom she feels have been either maligned or left behind in a lot of feminist theory. What she creates then is a call to action for men that instead of prioritizing patriarchal dominance and hierarchies challenges us to the heroic task of creating lives of integrity as nurturing presences within our communities. 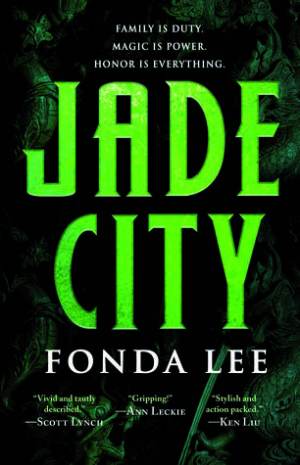 Jade City by Fonda Lee: Wow. This book takes Game of Thrones and Hong Kong action movies, mixes them together, and makes a Kung Fu gangster epic around dueling families of magical jade-fueled warriors as they vie for dominance in the imaginary island nation of Kekon. This is secondary world fantasy, but set in a time period that feel like the 1970s/80s in a place somewhere like South East Asia. Whether the city of Janloon is Hong Kong, Saigon, or Singapore doesn’t really matter so much as the world Lee creates there is unique, vivid, and masterfully executed, so that by the end when she pulls back some to depict the brewing Cold War elsewhere in the world we have a clear understanding of what’s at stake.

If you ever wished John Woo put more magic in his gangster films, then this is the book for you. For serious.