BW BC 09: Death is Your Friend So Get Comfortable With Them 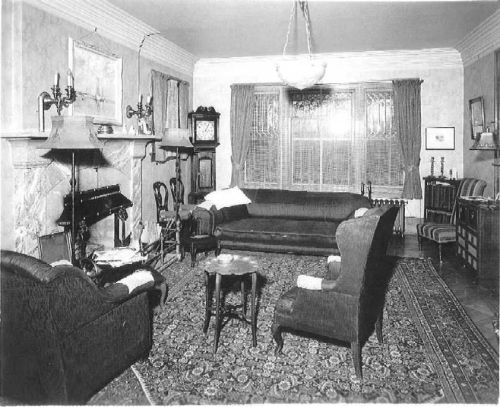 We have two stories this week, well actually, we have three stories, but the second one’s not really worth talking about much. So let’s talk about that one first!

Jean Cocteau’s “Death and the Gardener” is a flash length retelling of that story where a guy sees Death, and Death sees him, and the guy leaves town, only for Death to say to some other guy, “Funny seeing that guy here, because I have a meeting with him tonight in [whatever town the guy fled too].” It’s not a bad story, but once you know the twist there’s not much else going on with it. The good bit about this story is in the pre-story blurb where our editor Manguel gives us this quote from Cocteau:

“We need Death to be a friend. It is best to have a friend as traveling companion when you have so far to go together.”

Now to the heftier stories.

In 1975 the Times of London hosted a ghost story contest with Kingsley Amis, Patricia Highsmith (!), and Christopher Lee as the judges(!!). Our story “A Scent of Mimosa” by Francis King won second place. And while it’s a bit conventional in plot, it’s fun in its characterizations as it involves writers, literary prizes, and award ceremonies.

We follow Lenore who’s recently won the Katherine Mansfield prize. She’s in France to receive the prize, traveling with a trio of judges, who are all cringe-worthy literary types. Would you like to hang out with the snob, the surly one, or the one who’s always finding reasons to touch you? Congratulations! You don’t have to choose because you’re stuck in a car with all three! As the ceremonies proceed, Lenore finds her life echoing Mansfield’s (the tuberculosis parts) and finds herself drawn to a strange man she encounters while listening to the speeches. The two connect, and Lenore’s fascinated by him, but somehow he’s never around whenever she wants to find him. Of course, he’s a ghost (Mansfield’s brother who died during World War I), but it’s cool because he says he’ll see her soon and Lenore realizes she’s okay with that. Hence the Cocteau story and quote that follows right after.

Our third story is Somerset Maugham’s “Lord Mountdrago”. It’s about a Doctor Audlin who uses his powers of being very boring to become a therapist. You see he’s so boring he can hypnotize people by the power of his monotone voice alone. One day a new client shows up, our titular Lord Mountdrago, and he’s a conservative politician in parliament and a horrible snob. His trouble is that he keeps having dreams where he keeps running afoul of rival politician, a Welsh Labour MP named Owen Griffith. He fears he will go mad if these dreams aren’t resolved, but when Doctor Audlin suggests a simple cure, Lord Mountdrago refuses to do it, as it requires too great a sacrifice to his pride. And of course that choice ends in disaster.

Like the Francis King story, this one provides some rich characterization. The dreams where Griffith taunts Lord Mountdrago are funny because they’re banal junk described by a person who believes himself superior to such dreams. And the feud between the two men is less ideological than something out of an elementary school classroom. Maugham goes down deep into the particulars to suggest the universal. It’s an enjoyable ride, so vivid in its depiction that even ultra-boring Doctor Audlin gets a rich interior life. Although, by story’s end he’s had a shock that forces him to question everything he thought he knew about the world.

No joke. These are some good stories. And so far this anthology is one that I’m happy to have managed to track down.

Next week… a literal Fash, a little flash, and Jules Verne!

May we all be here to read it.